Chicago Public Schools (CPS) will get $1.25 million for the parents of a bullied 13-year-old boy who died two years after sustaining permanent brain damage from a suicide attempt.

His mother, Tera Black, said in a 2019 federal lawsuit that Jamary Dent tried to end his life after experiencing relentless verbal and physical abuse from students and teachers at two different public schools.

After the suicide attempt, Jamari was unable to walk or speak, and relied entirely on a ventilator for breathing. In June, he developed health complications.

CPS has agreed to the out-of-court settlement and will now have to pay the Jamari family $1.25 million after the Board of Education approved the decision on Wednesday, WGNT reported.

His mother, Tera Black, said in a 2019 federal lawsuit that Jamari Dent attempted to end his life after experiencing relentless verbal and physical abuse from students and teachers at two different schools. 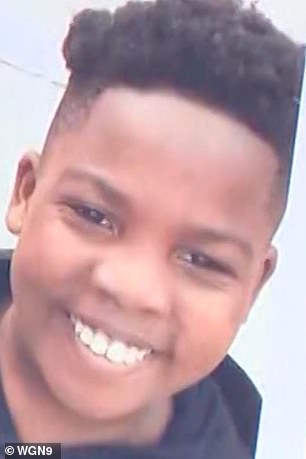 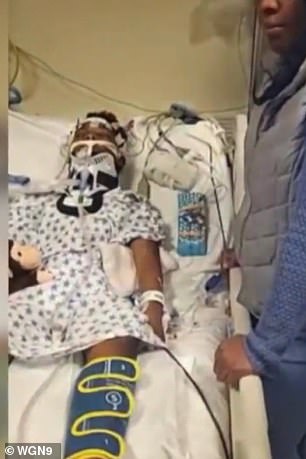 After the attempt, Jamari sustained permanent brain damage. He was unable to walk or speak, and relied entirely on a ventilator to breathe. In June, he developed health complications 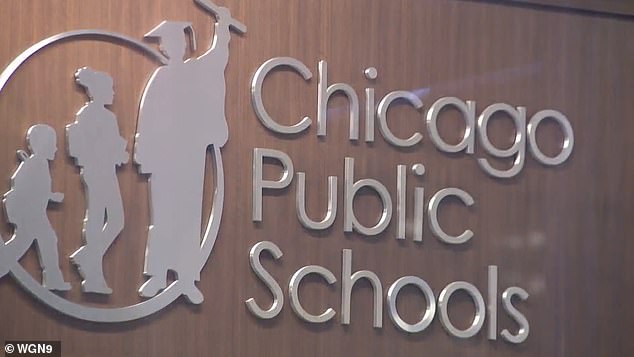 CPS has agreed to the out-of-court settlement and will now have to pay the Jamari family $1.25 million after the Board of Education approved the decision on Wednesday.

The lawsuit argued that CPS officials were negligent and failed to protect the fourth grade student from staff and children at Medgar Evers and Carter Woodson Elementary School over the course of a year.

Jamari was reportedly described as “stupid”, “stupid” and “stupid”, and teachers joked that he would end up in a facility with mental disabilities. A white teacher was accused of calling Jamri a “fucky little filth”.

“CPS has failed Jamri, and other children with special needs like him, on a criminal level,” the family’s attorney, John Erickson, said after Jamary’s death in June.

And they will be held accountable. This is the culmination of three years of horrific abuse, neglect and incompetence that have left an 11-year-old feeling he had no choice but to take him out of the pain and cruelty he experienced at the hands of his teachers. private life.”

After Jamari’s death, Black had to pay hospital bills out of his own pocket, because the insurance did not cover the expenses arising from his suicide attempt.

In a photo shared by Black five months after Jamari’s attempted suicide, the little boy can be seen lying in his hospital bed staring into space surrounded by his family members and gifts. 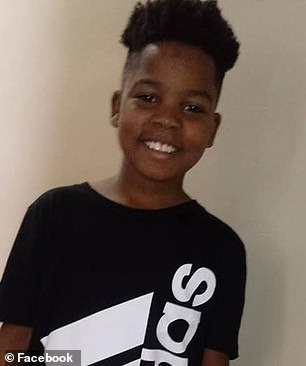 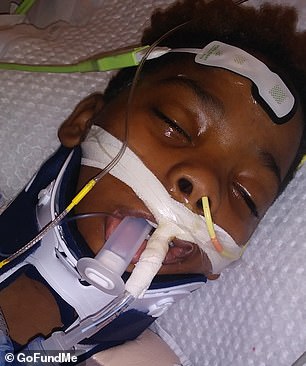 In February 2019, 11-year-old Jamary Dent attempted suicide by hanging (pictured left before the attempt) after being bullied. He was rescued but suffered permanent brain damage 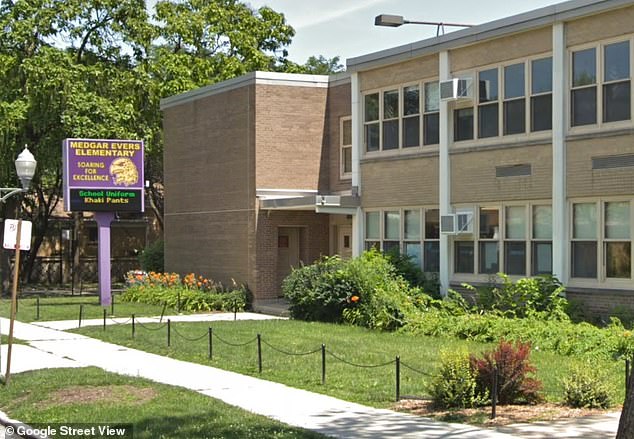 His mother, Tera Black, has filed a lawsuit alleging that a teacher at Medgar Evers Elementary School described the boy as “dirty” and “diaper-headed.” 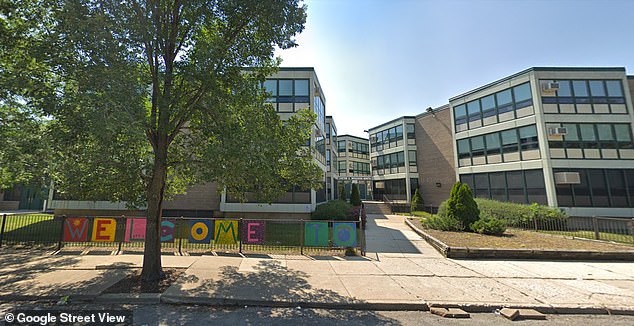 Black took Gamari to Carter Woodson Elementary School, where she said the child was physically abused by three teachers on separate occasions.

According to the lawsuit, Jamri was bullied by students and teachers at the two schools.

The complaint, which included the names of individual teachers as well as the Chicago Board of Education, claimed that Jamari was called “stupid,” “stupid,” and “retarded.”

On one occasion, a teacher at Evers Elementary School allegedly described the boy as “dirty” and had “diaper head” and asked if his “shiny hair was the reason he couldn’t read,” much to the laughter of his classmates, the lawsuit claimed.

In February 2019, Jamari attempted to hang himself in his bedroom after suffering for more than a year at the hands of his colleagues and teachers.

Paramedics managed to save the boy’s life, but his suicide attempt left him with permanent brain damage. 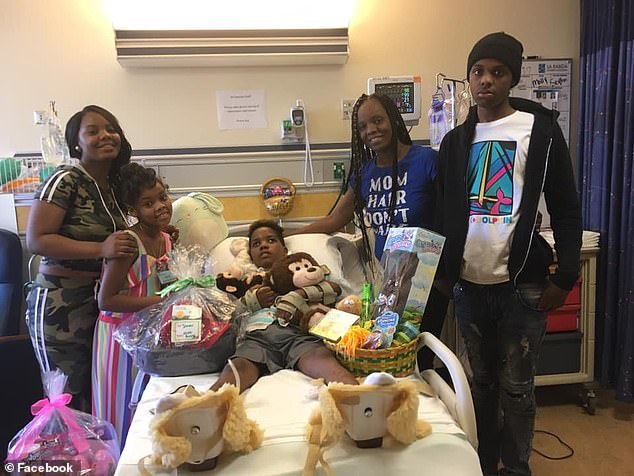 This 2019 photo shows Jamari lying in his hospital bed staring out into space surrounded by his family.

The same teacher allegedly assaulted and injured Jamri in February 2018.

After that incident, Tyra Black took her son to Woodson Elementary School, but said the bullying continued there and reached new levels.

According to the lawsuit, three teachers at the school physically assaulted and injured Jamary on separate occasions.

Black said she repeatedly called the school’s principals asking for help, but they failed to stop the agony.

Then on February 18, 2019, her 11-year-old son used a sheet to hang himself. He was found in his bedroom by his nine-year-old sister.

Black performed CPR on Jamri for 10-15 minutes until paramedics arrived and took over.

He then told Jamary Black’s doctors that his 11-year-old son would be on a ventilator for the rest of his life.

“The district does not tolerate adults who harm students or fail to protect them,” it said in part. “All allegations of bullying and student abuse are taken seriously by the district, and we are fully committed to ensuring that all students are supported and adults are held accountable,” reads the 2019 statement. 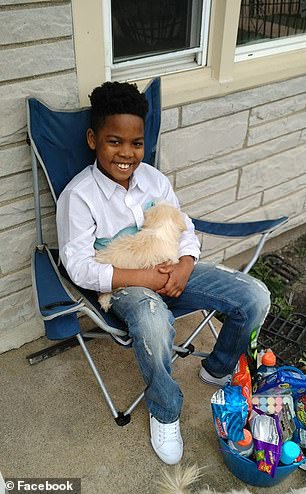 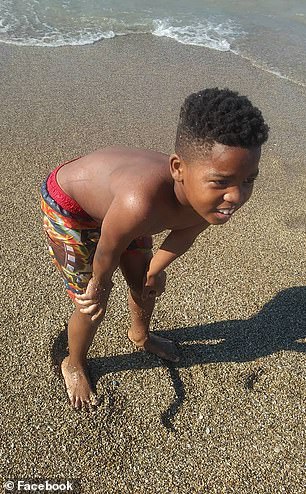 Dent’s mother said that her son (pictured left and right before the suicide attempt), who has learning disabilities, has been relentlessly pursued by his classmates and teachers.

New 20 mph traffic scheme to be introduced at junior school

What parents and prospective pupils need to know before deadline day