Parents supported plans to move a children’s school to the same location as the associated middle school.

More than 100 people responded to Brighton and Hove City Council advice regarding the relocation of those on West Hove Infant School’s Connaught Road site to Holland Road.

Most of those who responded (67 percent) were parents affected by the proposal to move children to the Hove Junior School site.

And 76 percent backed the plan, which is set to be examined by the Brighton and Hove City Council’s Children, Youth and Skills Committee next Monday (November 8).

A committee report said the responses included: “We have two children, one on Connaught Road and one on Holland Road, so running the school would be much easier and less stressful.”

Another said, “I think it would be more practical for everyone to have these two schools in one place.”

The negative responses reflected the observations made by 29 attendees at six public meetings held in late September and early last month.

Parents raised concerns about the move in the middle of the year and expressed their disappointment that their children would not attend the location they chose after going to opening days.

Admittedly, a mid-year school transition may not seem an ideal time.

“The reason for moving so quickly is to put in place the children’s school budget.

“The longer they stay on the Connaught Road site, the more likely the budget deficit will be and the longer it will take the school to restore a balanced budget.

The school believes that it can implement the change in the middle of the school year without having any negative impact on the pupils in the school.

The schools are already working closely together to make plans in preparation for January if it is decided to advance the proposal.

“Schools study transitional activities for pupils the same way they think of transferring pupils from children’s school to middle school.

“For sophomores, you will give them more time in their new school building and earlier movement than usual.”

According to the report, hosting both schools in one location would require 14 classrooms.

Both schools are not currently involved with Hove Junior (Holland Road) which operates as a school with three entry forms and West Hove Infant (Connaught Road) with two forms. 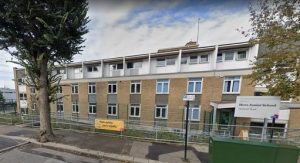 Schools will continue to remain separate entities with uniforms and the same class groups.

The proposed move does not affect the Portland Road location of the children’s school or middle school.

The Council’s Children, Youth and Skills Committee is required to approve the relocation of the children’s school to the Holland Road site from January.

The decision is due to be made at a committee meeting in Hove Town Hall on Monday (8 November). It is scheduled to begin at 4 p.m. and is broadcast online on the council’s website.

Guy Fieri and Sammy Hagar: A friendship built on tequila and travel

Holohan insists the return of schools after mid-term is safe